Have you ever seen Borneo’s unique flower? The genus Rafflesia is a group of parasitic plants that are classified within the family of Rafflesiaceae, together with one other genus (Rhizanthes) in Southeast Asia. The largest bloom that was ever recorded at Gunung Gading was 91 cm in diameter. Most flowers are found on the lower slopes of the mountain. Our staffs recorded 68 flowers at Gunung Gading in 1997. The entire Rafflesia plant consists of a single flower devoid of leaf, stem or roots. The five thick, fleshy petals are red and covered with lighter coloured spots, warts, and blotches. When in full bloom, the flower emits a faint carrion-like odour which attracts flies and other insects also the plant only flowers for 4 to 6 days only.

Although there are a few short steep sections, this trail is fairly easy and takes about 1 to 1.5 hours for the one way trip. It follows the Lundu river and passes seven waterfalls, although not all of the waterfalls are accessible. Waterfalls one, three and seven are signposted and the trail passes through stately dipterocarp forest. Before reaching the seventh waterfall, a short section of the waterfall trail coincides with a path consisting of concrete blocks, that leads from the Park Headquarters to a dam. The concrete blocks are followed for only about 50 m to the continuation of the Waterfall Trail. The seventh waterfall is in a narrow, rocky valley surrounded by dense forest with an attractive pool of crystal clear water. The scenery is perfect for a picnic and the pool invites a dip. Along the way to the waterfalls are huge strangling fig trees with spectacular basket-like trunks.

A challenge jungle trail leads up to the summit of Gunung Gading, which is the highest peak at 965 m. The summit trail is a continuation of Trail 2, beginning at the seventh waterfall. From there, a long and steady climb of about  2.5-3.5 hours leads to the summit. The lower part is through beautiful dipterocarp forest with big trees and the possibility to see Rafflesia flowers. The trees gradually become shorter and beginning at about 700 m elevations, this forest gradually gives way to lower montane forest. At the summit was the location of British Army camp during the communist insurgency of the 1960`s. Remnants of the camp, a water tank, and barbed wire fencing, still remain. An optional trek from Gunung Gading summit across a narrow saddle to Batu Berkubu is fairly easy but takes an additional 2.5-3.5 hours round trip. Trail markings are painted on trees but may be difficult to see during dark, rainy weather. The saddle has beautiful forest scenery. Batu Berkubu, which is on the flank of the Gunung Sebuloh, served as a communist base camp during the insurgency. This is a huge granite rock slab, as big as a house, which rests on two other massive rocks.

A helicopter pad, water tank and barbed wire fencing which existed since the communist insurgency of the 1960’s, still remain to this day and appear somewhat out of place in the middle of a national park. They are of historical significance and the staff intends to preserve the camp at the summit area as it has been there for the last 30 years.

Only waterfalls 1, 3 and 7 are signposted and accessible to visitors. Those who would like to take a break and rest, waterfall 3 (only a 10 metre detour from the waterfall trail) provides a pleasant resting spot. At waterfall 7, visitors can seize the chance to take a perfect dip in the pool surrounded by forest.

Batu Berkubu, on the slopes of Gunung Sebuloh, served as a communist base camp during the insurgency. Although it is often called a cave it is, in fact, a huge rock which along with the surrounding trees provides a cave-like sheltering area.

Note: Strictly, No Camping is allowed at Batu Berkubu site 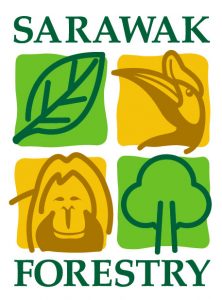